I have been leading self-help and bibliotherapy groups for anxiety and mood disorders at the non-profit Organization InsiemeconTe Onlus, for which I have also served as a volunteer at the Emergency Psychiatric Ward in Sant’Andrea Hospital in Rome.

Symptoms are caused by distorted self- and reality perceptions which everyone has built according to his own way of making meaning out of life events and interpersonal relationships experienced in his early years; because these perceptions remain outside of consciousness, they are constantly and automatically activated: in fact, these implicit perceptions are the ones underlying the patient’s dysfunctional beliefs and behaviours. For this reason, dysfunctional behaviours and destructive relationships appear to be repetitive in the patient’s life, as the interpretation he gives to reality and to his emotions will tend to be the same throughout all his life.

Throughout the therapy, the person become aware of his automatic way of thinking and behaving; this awareness gives him the possibility to modify his distorted perceptions, thereby gaining more freedom and more control upon his life.

Before becoming a psychologist, I have been working for 13 years in Germany and the Netherlands learning to overcome frustrations occurring when adapting to a completely new environment, where one can sometimes feel misunderstood, not supported, and not appreciated. Important changes in lifestyle may lead to deep anxiety: a new job, moving to a new city, becoming single again after a long relationship, a new school, an illness…

Although life events in which one may feel in the middle of a crisis may be several, the most important thing is to find (again) connection with one’s own needs and desires in life. When this contact is lost, symptoms may show up. Every crisis offers opportunity for change, for personal growth and for new adaptation. When this natural process does not occur spontaneously, reaching out for professional help might be the best decision one can ever make. The role of the Psychologist is not only that of listening and giving emotional support, which by the way can be taken on by any family member or close friend, but much more broadening the patient’s mind to new horizons, new  view points and new options which he wouldn’t have considered before. In this perspective, therapy can be a tool of learning new coping strategies where situations cannot be changed. 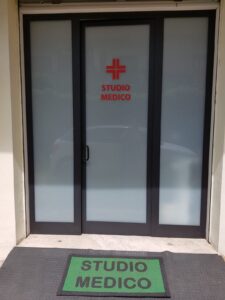